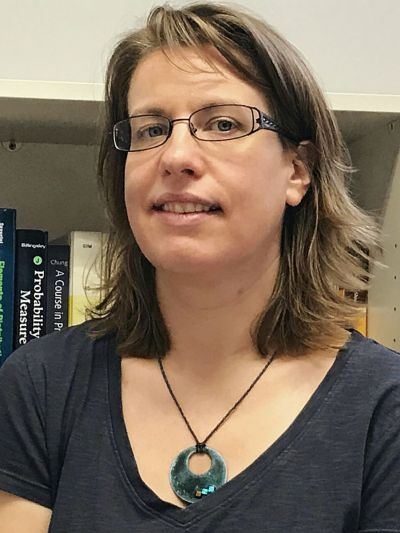 Title: Estimating a Covariance Function from Fragments of Functional Data

Abstract: Functional data are often observed only partially, in the form of fragments. In that case, the standard approaches for estimating the covariance function do not work because entire parts of the domain are completely unobserved. In previous work, Delaigle and Hall (2013, 2016) have suggested ways of estimating the covariance function, based for example on Markov assumptions. In this work we take a completely different approach which does not rely on such assumptions. We show that, using a tensor product approach, it is possible to reconstruct the covariance function using observations located only on the diagonal of its domain.

Bio: Aurore Delaigle is a professor of statistics at the University of Melbourne and joint editor in chief of the Journal of the Royal Statistical Society, Series B. She is elected fellow of the Australian Academy of Science, a fellow of the American Statistical Association, a fellow of the Institute of Mathematical Statistics, and an elected member of the International Statistical Institute. She works primarily on nonparametric curve estimation and functional data analysis, where her main interest is in data observed imperfectly such as data observed with measurement errors, data observed in an aggregated way, or data only partially observed. In the functional data area, which is the topic of the seminar, she is particularly interested in techniques for reducing functions to low-dimensional vectors, and in partially observed curves.

After the presentation, there will be short time for discussion and questions.